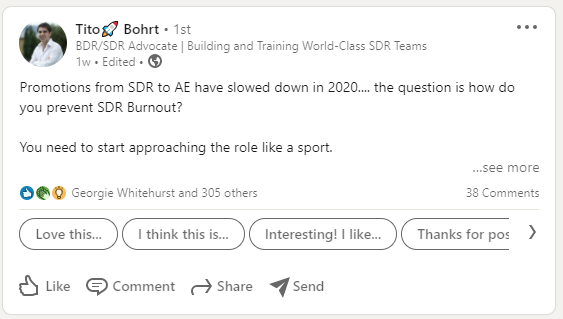 I found increases across 13 of the 14 companies I sampled. 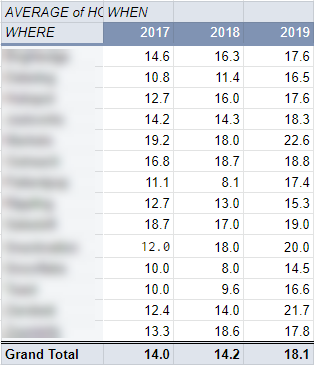 The median increase is roughly 3-4 months. Considering just how much disruption 2020 has involved, this doesn't feel too out of proportion.

Those companies that, prior to Covid-19, promoted at the most rapid clip saw the biggest slowdown.

I grouped companies into three buckets based on their pre-Covid average tenure before promotion to AE.

There was some interesting back and forth on Tito’s post and I recommend you check it out. (Side note: why does LinkedIn hate chronological sort so much?!) This comment from Q4’s Manager of Global Business Development, Andrew Hastings, stuck out to me:

Although we've been lucky to promote 6 BDRs into new roles YTD, the focus to Tito's point remains on Coaching>Managing. Whenever possible here at Q4:

Morning role-plays, tools like SalesLoft or Gong, and on-going Sandler training allow us to create the sales equivalents of "running a pre-game warm-up," or "reviewing the game film," to build these muscles and perfect our craft the same way that athletes do.

It appears we have take a step back from the 2014-2019 model of rapid SDR to AE promotion. What’s left is building a role/path/reality that keeps reps engaged, motivated, and rewarded.